Is there a minimum amount that you will change?

The minimum weight of coins that we buy is 25 kgs.

UK banks will change current foreign banknotes for a commission, but they cannot change obsolete or redeemable banknotes.

Why don’t charities send the coins back themselves?

In any collection from a charity we may find in the region of 50 to 90 different countries. Returning coins to these countries individually would not be economical. We package and repatriate the coins when a worthwhile amount has built up. This can be a year or more later, however we pay the charities when our final list is produced, usually within 30 days. We can give the charities favourable rates: it is more economical for them to reroute currency through us than to send it back themselves.

Our business of repatriating foreign coins has been built up over many years. There are import restrictions to be dealt with and the regulations are increasing each year. We have financial links with many smaller and more distant countries and we can obtain value for coins and banknotes where others cannot. We also have long standing working relationships with contacts in numerous countries around the world.

Where do the foreign coins come from?

Every year large numbers of people travel in and out of Britain. In 2008 there were 69 million visits taken abroad from the UK and 81% of these were by air. Travelers will often have a few foreign coins left over that they bring home. Some charities run collections onboard aircraft where travelers are asked to donate their unused foreign coins in the envelope provided. Charities have donation boxes at airports for foreign coins. Charities receive foreign coins through collections within the UK, often through media appeals.

We collect foreign coins from numerous UK charitable sources. UK banks do not change foreign coins, they only change current foreign banknotes (for a commission). Although some charities do have arrangements directly with banks to drop coins there, the banks then reroute the foreign coins through us and we repatriate the currency.

We also buy from many other independent currency dealers who do not have arrangements directly with outlets abroad.

What do you do with the coins?

We sort and package the coins and have arrangements with numerous outlets abroad, set up over the last four decades. We send them back to Europe in bulk loads by ferry, or by airfreight for other countries. 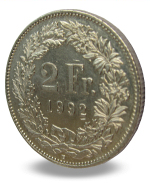 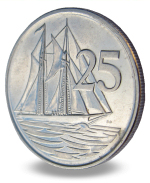 Can't find an answer? Ask Us.

This website uses cookies to improve your experience while you navigate through the website. Out of these cookies, the cookies that are categorized as necessary are stored on your browser as they are essential for the working of basic functionalities of the website. We also use third-party cookies that help us analyze and understand how you use this website. These cookies will be stored in your browser only with your consent. You also have the option to opt-out of these cookies. But opting out of some of these cookies may have an effect on your browsing experience.
Necessary Always Enabled
Necessary cookies are absolutely essential for the website to function properly. This category only includes cookies that ensures basic functionalities and security features of the website. These cookies do not store any personal information.
Non-necessary
Any cookies that may not be particularly necessary for the website to function and is used specifically to collect user personal data via analytics, ads, other embedded contents are termed as non-necessary cookies. It is mandatory to procure user consent prior to running these cookies on your website.
SAVE & ACCEPT